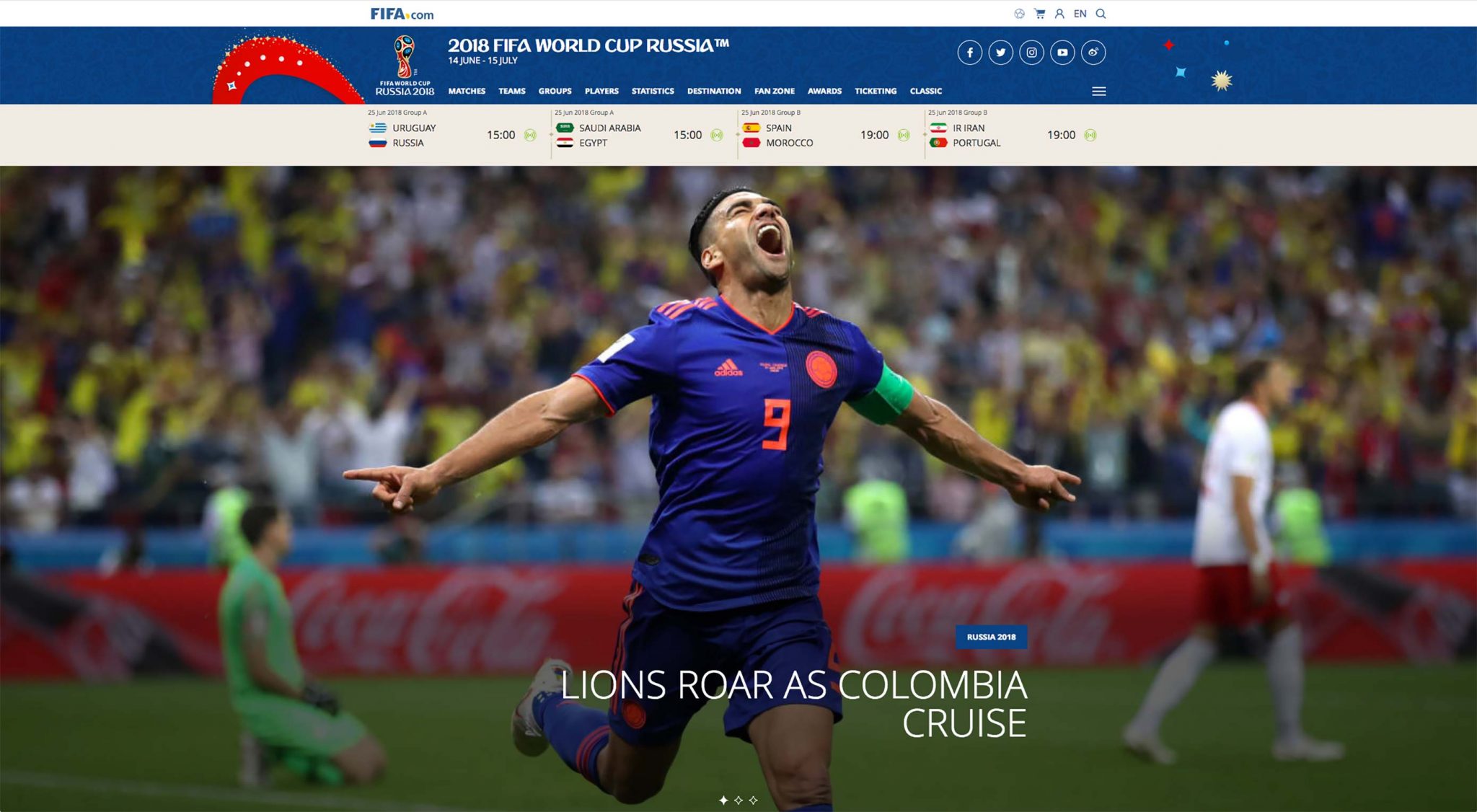 With the heat of summer comes a little bit of a design slowdown, but there are still plenty of projects worth your attention. Most of the major design trends happening right now feature structural components of website design, such a interactive layers or multiple columns of text. And there’s also this “little” international event that’s having some influence as well – the soccer World Cup.

Designers are constantly trying to develop ways to keep users interested in the design for longer period of time. Using more interactivity is one way to do that.

Pairing that interactivity with layered effects is another way to do it that has high visual interest. (It’s like putting the best of the visuals and interaction together.)

Much like how parallax scrolling has worked for some time, interactive layers give users something to do with the design, generally scrolling, while elements on the screen move in different ways. The layered effect makes everything look a little more real, a little less cartoonish and can help increase engagement.

It’s a mix of information and gamification. Each of the three examples below do it in a different way. While multi-column text blocks phased out some time ago, that trend seems to be circle back. More designs are featuring three columns of text. (Maybe because users have wider desktop screens? Three columns is a little less unwieldy to read.)

There’s a lot of science to back up the idea that elements in threes have a natural and harmonious feel to them.

The “rule of three” has long been associated with content creation and speechwriting as a way to bring home a set of points. Think of all the stories that feature threes – Three Little Pigs, The Three Musketeers, Three Stooges – and in literature plays use three acts. It’s also a common practice to use three bullets points to support facts in slides and presentations.

The rule of thirds helps you understand how and where users look at visual elements and even helps photographers and illustrators compose their work. So, it seems like a natural way to organize visual content as well.

Using a three-column structure for text blocks can make it easier to break up the design. A full-width text block can be difficult to read unless the text is overly large. The ideal character count per line on a desktop is about 65 characters, so the size of the screen and size of the text do factor in.

Each of the examples below use a three column format to organize information. While the first example uses three columns to break up a single block of text, this same concept is east to apply to three distinct copy blocks as well (such as in the other examples). The structure works best visually when all three text elements have similar weights and content styles. It seems like almost everyone has World Cup fever. With the international soccer tournament happening through mid-July, the sport is top of mind for sure.

From website designs that focus on the event itself to others that are drawing inspiration from the sport, there’s a World Cup influence on design.

Think about the design elements that can be pulled from World Cup designs:

World Cup-inspired projects also give you plenty of room to experiment with different types of data visualizations, such as the cool calendar grid from FifaTwenty18, below. Sporting events are packed with data points to plot, analyze and visualize. The event is also a good reason to provide some soccer history for users, such as the visual exploration of ball types used in the website-based infographic below. And there’s plenty of interest in websites with these themes right now, so it shouldn’t be hard to find material to work with and plenty of sites to explore for inspiration. My favorite trend this month is definitely all the soccer—dare I say “football”—projects. It’s great to see all the world influences and how something like a major event can impact the mood and visual composition of design projects. What trends are you loving (or hating) right now? I’d love to see some of the websites that you are fascinated with. Drop me a link on Twitter; I’d love to hear from you.